Do Your Customers Prefer Cash or Cards?

Do Your Customers Prefer Cash or Cards?

In 2016, the Hong Kong Government issued stored value facilities licenses, a first for the country.  Companies such as Octopus, AlipayHK, WeChat Pay, Samsung Pay, and TNG Wallet were quick to take up the opportunity and promote their products.  Now, almost 3 years later and many business owners, particularly grocery stores, retailers and restaurants where cash has always been the primary currency, report confusion over consumer demand for these digital payments.  Despite being ready to accept digital payments, the level of cash in Hong Kong does not seem to have subsided.

Who is behind the new Super-Apps?

The people behind the new payment apps are young, entrepreneurial business leaders, many of whom finished their education in US Ivy League universities.  They have the investment backing of well-known names, e.g.,  Google, Microsoft and Alibaba, and the media are intrigued.  Looking at two arch-rivals, Go-Jek and Grab, they didn’t start off with digital payments as their core offering. They studied at Harvard around the same time as each other and based their business models on a theory known as ‘B-BoP’ or Business at the Base of the Pyramid which seems a good fit with the Asian economy. This theory argues that the big opportunities in emerging markets are found by meeting the needs of the billions of aspiring poor, including those joining the market economy for the first time.

Go-Jek and Grab both started out as motorbike taxi services, basing their models on Uber, but using motorbikes as these are ideal in congested Asian cities.  But both have branched out to deliver everything from groceries to mortgages in South East Asia and in doing so take payments digitally.  They have attracted large amounts of investment capital and are aggressively marketing their apps to pay for anything you need to buy.  Octopus, on the other hand, the most well-known of the new digital companies in Hong Kong, also started out as a transport app used by many to pay fares on public transport.  But like the others, Octopus has diversified and can now be used for small-value payments in retail.   AlipayHK, backed by Alibaba is worthy of note at this point, not because of its transport background, but because of its aggressive advertising strategy to gain market share in Hong Kong.  Its advertising omnipresence can make its usage seem more dominant than may be the case.

Why? Because 73% of the population in Asia does not have a bank account and relies on cash.  There are extremes in this picture with mainland China at one end having moved swiftly and smoothly into a cashless society due to its stealthy adoption of WeChat Pay, while Japan sits at the other end of the spectrum with a mere 4% of consumers happy to adopt digital payments at this time.

So where does this leave Hong Kong?

Overall, mobile payments have been slow to gain acceptance in Hong Kong with most consumers still reporting cash as their preferred option.  In July 2018, 2 years after the introduction of cashless payment licenses, the Hong Kong Productivity Council published the results of a survey which found only 27% of respondents were using a mobile payment system, with 57% stating they never would. 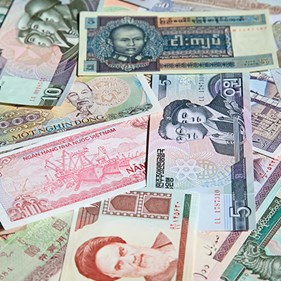 It was interesting to note that local business owners in Hong Kong answered more positively towards mobile payments than consumers, who were more hesitant towards adopting the technology worrying about their personal data and its unfamiliarity.  While that may change over time, there seem to be other priorities for Hong Kong consumers.

What do Hong Kong consumers want?

Self-service checkouts and multiple payment options seem to win the debate with consumers.   Convenience is always a major driver in any decision making and purchasing is no different.  As a retail or restaurant operator, you look to reduce queues and speed up checkouts to keep customers happy.  Self-service checkouts would appear to tick all boxes here, offering multiple payment options and operational efficiency, so could be one solution.

The younger generation in Hong Kong stands out as being attached to cash regardless of the type of check-out and some enterprising retailers have adapted their business model to accept cash on delivery as an alternative to digital payments when goods are purchased remotely.

In addition to the above, tourists play a huge role in the Hong Kong economy and the majority of tourists do not come with pre-paid credit cards or super-apps ready to make digital payments.  Tourists use cash and rely on businesses accepting cash on their behalf.

As a business owner, you rely on secure systems, low fees and easy to use quick transactional systems.  It takes a balance of cash and digital payments to achieve this.  Digital payments may be more secure at the point of transaction but incur higher fees than cash and do not suit all consumers while cash is easier and cheaper to accept, but requires an investment into a solid, reliable handling processing system for optimum efficiency.

Cash handling does not need to be expensive nor insecure.  Investing in electronic cash counters or software that transfers till count data into POS systems is our recommendation.  Investing in a safe or cash recycler may also make sense for some business owners.

Offering consumers a choice in the way they make purchases is the ultimate goal.  The media agenda may be dominated by cashless transactions and the people behind them, but the reality is that behind the adverts and headlines is quite a different story.  Cash is still widely used in Hong Kong and as a business owner, it’s vital to understand this bigger picture.